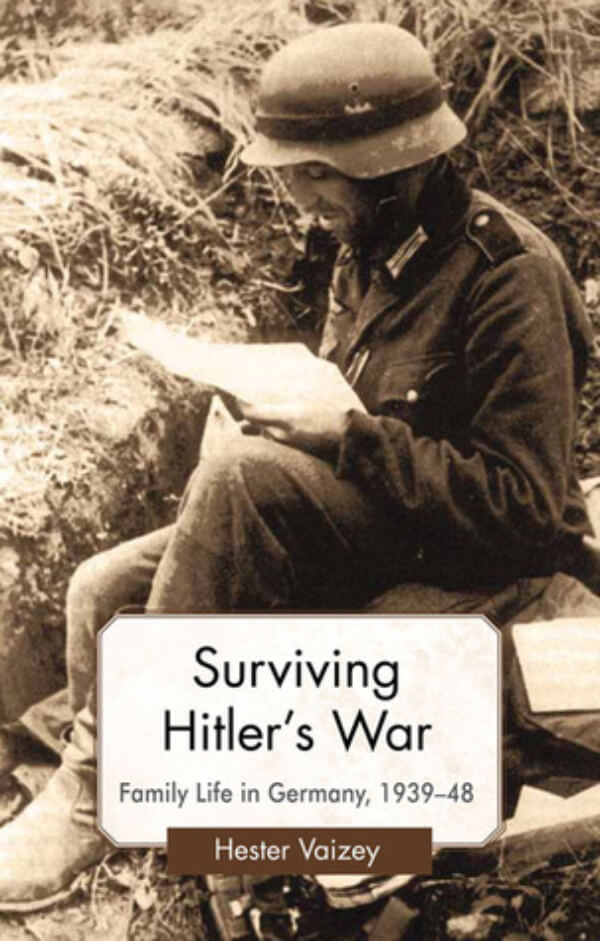 This vivid recreation of family life as experienced in Nazi Germany during and after the Second World War tells the stories of mothers and fathers, sons and daughters, parents and children, in their own words. From desperate last letters sent to their loved ones by doomed soldiers at Stalingrad, to diaries kept by women trying to keep their families alive as the cities they lived in were devastated by constant bombing raids, this book presents a new and often unfamiliar account of family life under the most extreme conditions. Far from disintegrating under the strain, as many historians have argued, this book shows that the German family maintained and even strengthened the emotional bonds that tied its members together. Entering the war shaped, moulded and directed by the massive pressures brought to bear on it by Nazism’s attempt to recast German society in its own image, the German family resisted these pressures and emerged at the end of the war in a new and stronger form, surviving the manifold problems of reunion and readjustment to the postwar, post-Nazi world with a surprising degree of resilience.

“Hester Vaizey investigates a side of the story that has been relatively neglected: the strength and durability of many German marriages under the severest of pressures…She is right to stress the debilitating effects of shortages, bombing and making do, leaving most women utterly exhausted. She uses a rich seam of diaries and letters between spouses to demonstrate both this and the longing on both sides in a marriage for “reunion” and a return to normality. The letters in particular are a most illuminating source…This is an engrossing study of real human beings, including children who sometimes reacted negatively when a father who had become a stranger returned from war or captivity and reclaimed his wife’s affections…shows the fundamental importance of marital and family bonds to couples and children at a time when personal privacy was routinely violated and families torn apart.’ – Jill Stephenson, Times Higher Education Supplement

”[Vaizey] … brings a welcome breath of objectivity to a subject that has long been dominated by ideologically driven theorising. Her case is helped by her evident ease as a writer. Throughout the book she weaves context, analysis and first-hand testimony with considerable skill, producing a text which flows as well as it informs.’ – Roger Moorhouse, History Today

‘…it provides a much-needed emphasis on ordinary human beings and on their struggle to sustain loving relationships amid unimaginable horror.’ – Journal of Contemporary History